Our U21s made it through to the final of the Steve Coxon Cup with a brilliant performance against West End Tigers. 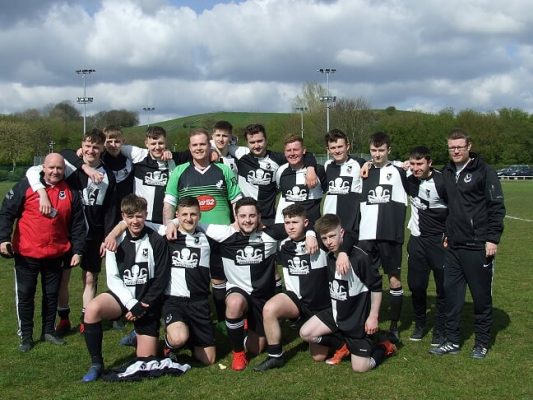 Our 21s lined up in familiar shape, and got off to the dream start when Robbie Watson lashed in a first minute opener. Alex McEwan had kept a corner alive, before acrobatically cut the ball back to the edge of the box for Watson to finish.

The opening exchanges were all Cullercoats, as we caused the Tigers no end of problems and it was Watson again who was instrumental in doubling the Doves lead on 8 minutes. With the referee playing a good advantage, Watson managed to wriggle clear of a bad challenge before playing a long ball forward to Dan Morton. Morton ended his goal scoring drought with an instinctive chip over the oncoming Tiger’s goalkeeper.

Cullercoats went in search of more first half goals, looking to take advantage of a strong wind, but were caught trying to make too many long balls forward rather than remaining patient. The Doves strikers were also struggling, with the usually prolific Andy Tallen and Dan Morton missing a few glorious chances.

Gradually West End Tigers started to grow into the game and for a short spell midway through the first half Cullercoats began to panic in possession and showed a lack of experience at times. The Tigers managed to pull one back during this period with an excellent finish from their big striker, but never looked like pulling level before the break.

Andy Tallen broke clear down the right wing, crossing brilliantly for McEwan who forced his way passed a Tigers defender and chip his finish over the ‘keeper.

West End refused to throw in the towel and only a brilliant save from Cairns kept our two goal lead in tact, has he clawed a free kick away from the top corner. This gave the team a massive boost and they started to retain possession and frustrate their opposition.

In the seventieth minute the game was put to bed as Tallen inevitably got on the score sheet when he received a superb ball from centre back Karl Charlton, controlling with his first touch and fired brilliantly into the top corner.

An absolutely brilliant performance all around, our young team showed maturity beyond their years and deserve to be in the final.

Our U21s will face Walkergate FC in the final on Wednesday 17th of April, at Heaton Stannington’s ground, Grounsell Park. Kick off at 6:30PM.

This lead allowed us to make some changes and credit to all 4 subs today they all got on the pitch but later than I’d like, they all understood the situation in a tight game and not one of them complained despite the long travel. All 4 showed their ability and will be in contention for weds as we picked up an injury or two. Absolutely brilliant performance from the lads today they kept their heads and showed maturity beyond their years and deserve to be in the final.