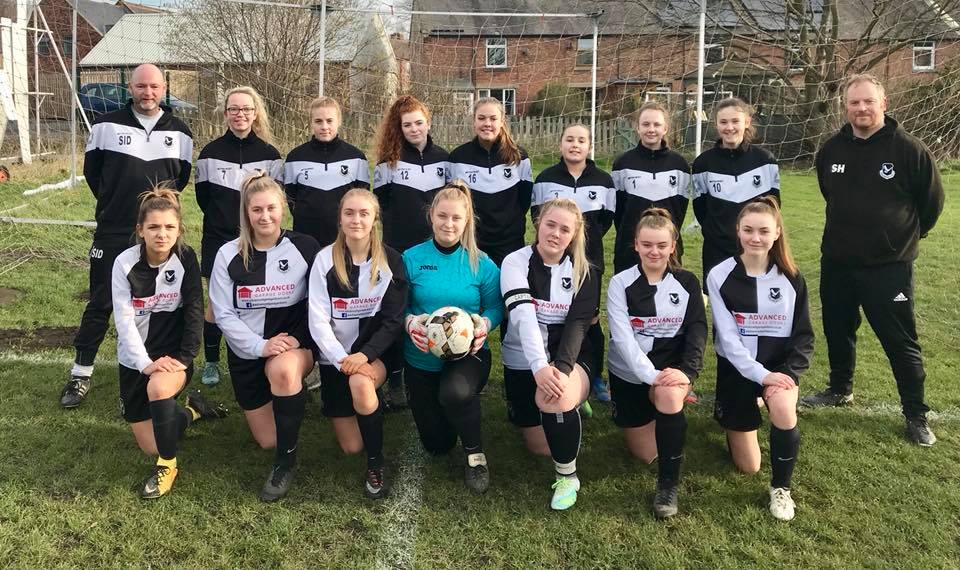 Cullercoats girls travelled up the A69 to the picturesque village of Wylam, hoping to improve on the dismal display a week prior against the same opposition.
Our girls didn’t disappoint and opened the scoring in the opening seconds when striker Katie Lemmon burst into the box and fired home.
The lead was short lived and straight from the Kick off almost Wylam broke down the right flank and struck a shot which Libby Hall in nets will be disappointed she let it past her 1-1 and a quick fire start from both teams.
The teams settled down and Cullercoats enjoyed the lion share of possession,Mollie Wilson having her shot tipped over the bar.
The pressure from Cullercoats eventually paid off on 24mins when Erin Kerr side footed home from a Holly Cameron corner 1-2.
Our girls extended the lead even further when Mia Wallace chased, what seemed like a lost cause but her tenacity paid off and she squared it for Katie Lemmon to skip past the defender and grab her brace 1-3.
Ht
Cullercoats shifted up into Cruise control and got a 4th when Katie Lemmon’s precise through ball found Kennedi Baxter,who rounded the Keeper and tapped it home,4-1 to the doves, with the game seemingly won Cullercoats took their foot off the gas and Wylam took full advantage and snatched a 2nd with 10 minutes to play with a thunderous striker from the edge of the box 2-4.
With 6 minutes to play Wylam grabbed a 3rd when Cullercoats back line seemed to just switch off and the Wylam striker took full advantage, this set up a nervy last few minutes and Cullercoats nearly paid the ultimate price when again the Wylam striker broke the offside trap but this time Libby Hall in nets pulled off a fantastic save to give the doves all 3 points.
A very pleasing turnaround from the previous week and the players really stepped up their game.

Cullercoats Player of The Match went to Erin Kerr who was inspirational down the left flank, just edging out the impressive displays of Libby Hall in nets and Striker Katie Lemmon.