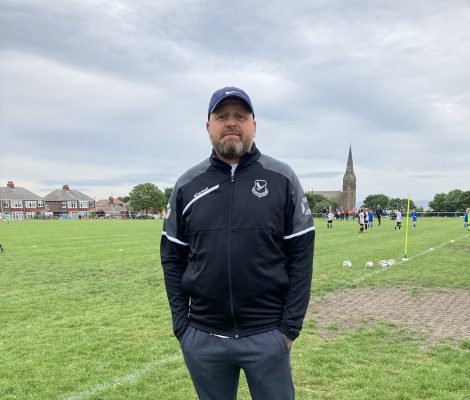 Cullercoats Football Club is delighted to announce the appointment of a new first team manager.

Richie Mitchell joins the Northern Alliance Premier Division outfit ahead of the new season. He replaces the outgoing management team of Michael Hammond and Graham Williams.

The Club would like to express their sincere gratitude to Michael and Graham for guiding the team through a difficult transition period since the turn of the year.

Commenting upon his appointment, Richie said, “I am delighted to be the new manager of Cullercoats FC first team. From speaking to the Chairman, Secretary and senior players, I know I have joined a club that shares the same drive and ambition that I have to progress and achieve things this season and beyond.”

“It’s a tough division, but I know we will build a strong unit to compete and keep our standards high.”

“The work has already started to develop the group. Pre-season begins next week and we can’t wait to get started”.

Club Chairman, Gary Stephenson responded, “Richie comes to us with significant Northern League experience and pedigree. We are delighted that he has accepted the challenge of re-building a new first team squad for the coming season.”

“Richie has hit the ground running and is re-building the first team squad in readiness for the new season”.